Gordon, originally from Saskatchewan, has made his home on the East Coast of Canada since 1977. He plays several instruments including fiddle, mandolin, guitar, and clawhammer banjo.

His performance history includes: co-creating, hosting, and as musical director of Up Home Tonight on ATV/CTV for eight years; twelve years of hosting Bluegrass Express on CHFX; performing and touring with the Toronto NOWT company developing and performing Canadian theatre pieces; performances in Halifax's Neptune Theatre's productions of Foxfire and Fiddler on the Roof; many recording projects and radio and television appearances.  He has been commissioned to compose and record scores for CBC radio dramas, as well as musical work on other film and television projects.  He has been a musical coach for actors in Hollywood-produced movies shot in Nova Scotia.  Gordon developed his two-hour stage show 'The Fiddler's History of Canada', and is currently working with youth fiddle groups across Canada who are performing this show.

Gordon was a founding teacher at Musicstop's Canadian Conservatory of Music/Long & McQuade where he taught for 30 years.  He is an instructor at numerous fiddle workshops and fiddle camps from Nova Scotia to British Columbia and in all three northern Territories.  Gordon is a composer of note of fiddle tunes and author of fiddle instruction books used by fiddle teachers across Canada and the United States.  He is a regular contributor to Fiddler Magazine.

Gordon has played with a variety of bands:  the Dixie Flyers, Ladies Choice Bluegrass Band, Those Fabulous Cliches, the Mighty Oak String Band and the Gordon Stobbe Trio. With numerous recording and publishing projects to his credit, his CD 'Small World' was nominated for Best Roots/Traditional Solo Artist at the 2003 East Coast Music Awards. He has recorded with artists across Canada and has co-written fiddle music with many of Canada's top fiddlers.

Gordon has been an invited judge and Master of Ceremonies at the Canadian Grand Masters Fiddle Championships as well as adjudicating at the Nova Scotia Kiwanis and other festivals.  He can often be found caning a square dance.

When he is not travelling across Canada pursuing his many and varied musical endeavours, Gordon resides with his family in Seaforth on the eastern coast of Nova Scotia. 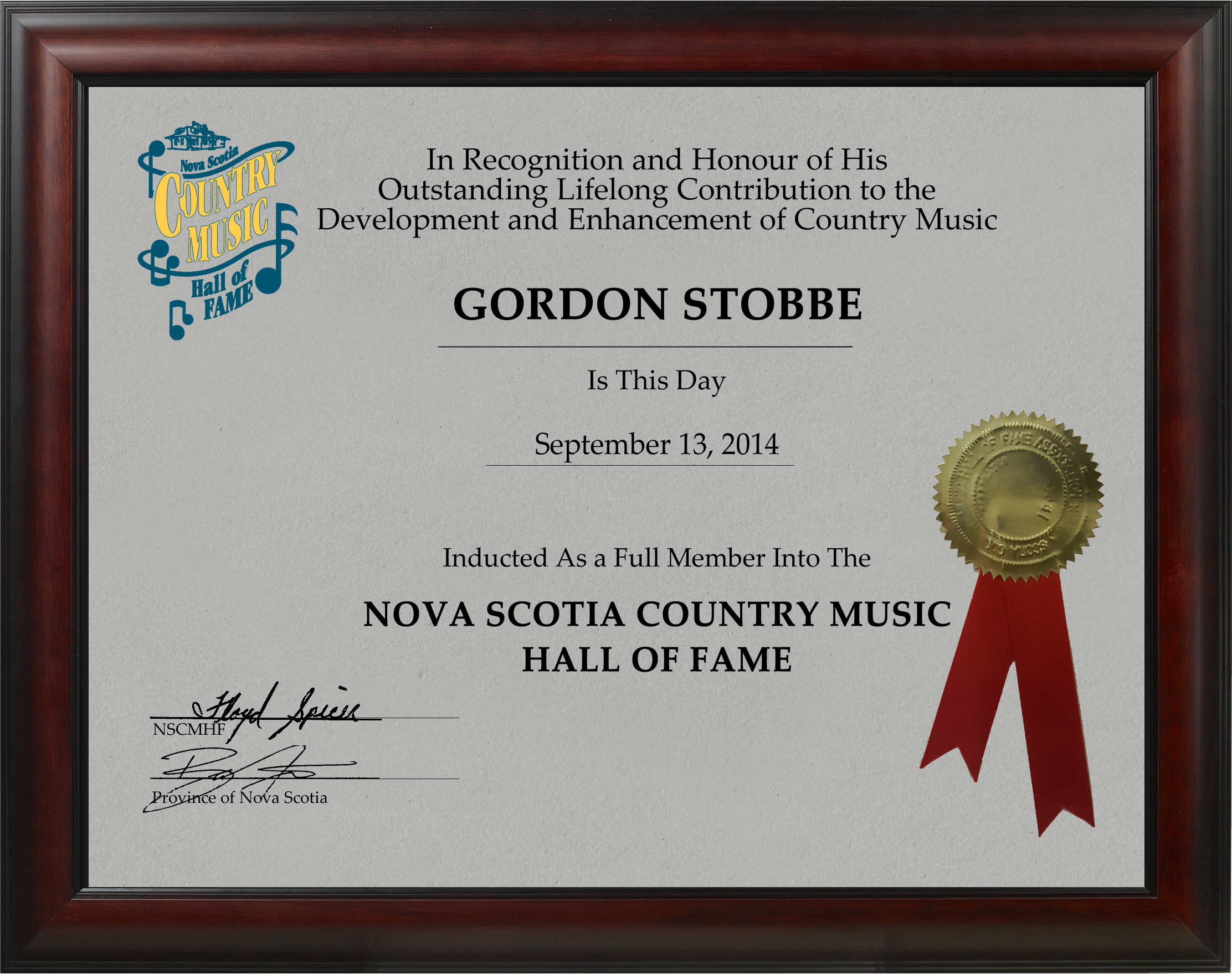