Cindy Church was raised in the village of Bible Hill, near Truro, and no matter where she has travelled on her musical journey, her musical roots are dug deeply jnto Nova Scotia's cuJturaJ soil.

She began her career in the 80s in Alberta touring with Ian Tyson and the Chinook Arch Riders, before co-founding the Great Western Orchestra. She continues her connection with Tyson to this day, providing vocals for several of his contemporary cowboy  albums.

In the 90s, Cindy launched her solo career with the single, The Road to Home,and recorded three solo albums with Stony Plains Record: 'Love on the Range', 'Just a Little Rain' and 'Cindy Church'. A fourth, independent album, 'Sad Songs Make Me Happy', was released in 2012.  Several of her singles, including Song for Brent and Rockabilly Heart were top 20 singles, and established her distinctive voice and interpretive technique.

It wasn't only audiences that were moved by her hauntingly beautiful voice. FeHow musicians also took note, and in recent years, Cindy has been involved in a number of major creative continuing collaborations.

The first of these grew out of a one-time performance with Sylvia Tyson, Caitlin Hanford and the late Colleen Peterson at a music festival, a concert so compelling that it led to the formation of Quartette, whose harmonies still bring joy two decades and seven CDs later, now with Gwen Swick as the fourth member.

More recently Cindy became a core member of Lunch at Allen's along with veteran singer-songwriters Murray Mclauchlan, Ian Thomas and Marc Jordan. After eleven years together they continue to tour, most recently in support of their fourth CD, a secular Christmas album called 'Zuzu's Petals'.

A performer equally at home in country roots and jazz, Cindy has also toured extensively with The Nearness of You: a Tribute to the Music of Hoagy Carmichael, along with pianist/composer Joe Sealy and bassist George Koller, and also with Susan Crow and the late Raylene Rankin.

Cindy's awards include the Alberta Country Music Awards Female Artist of the Year and the Canadian Country Music Association Award for Vocal Collaboration
of the year with Quartette and she has been nominated for eight Junos and CCMA awards.

She is deeply honoured to be inducted into the Nova Scotia Country Music Hall of Fame. 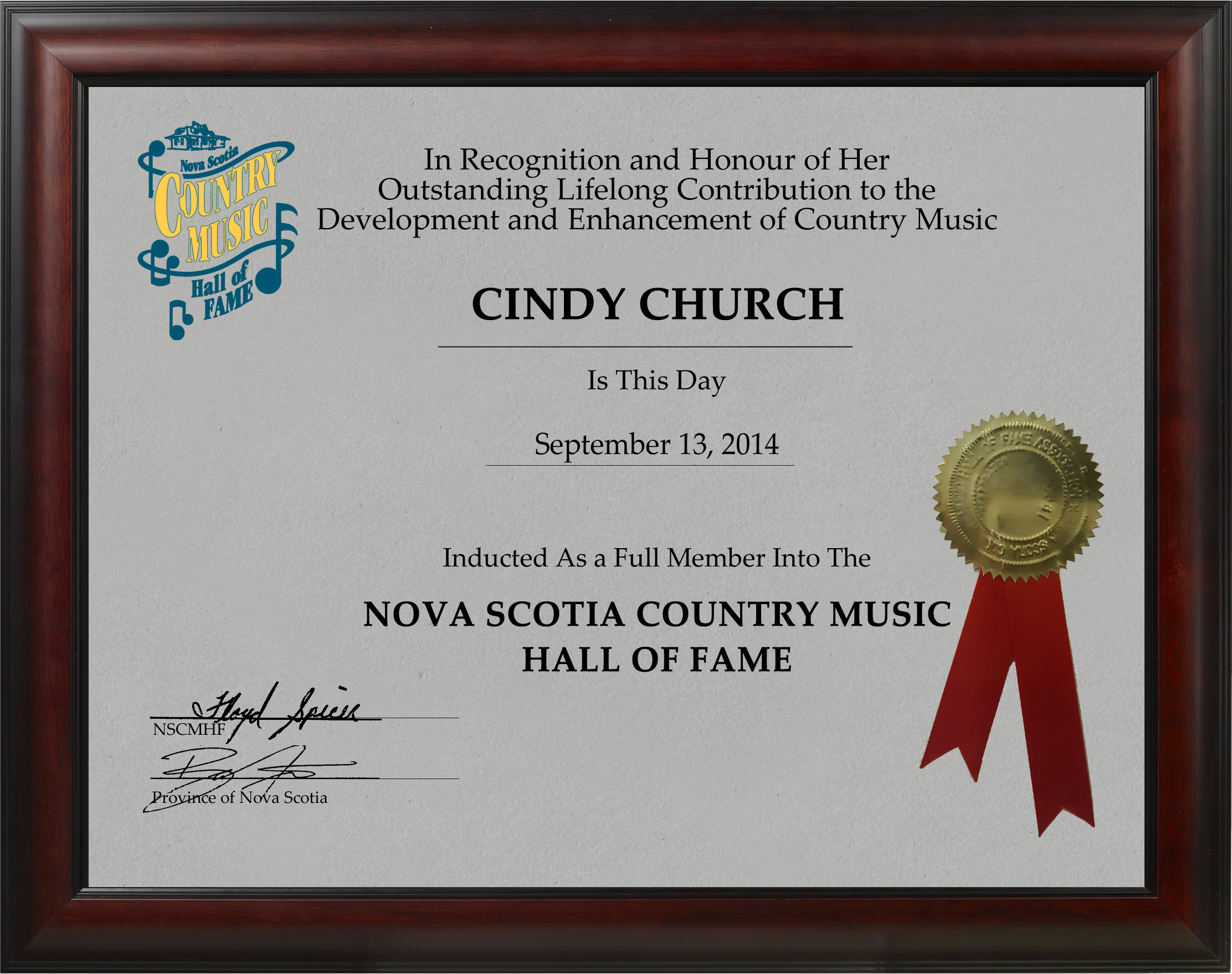